Hello and welcome to all 7 of our subscribers (Hi Mum!). Today I want to take just a moment of your time to talk about InfiniQuest…

InfiniQuest was a game we made last year for ProcJam, and it’s playable here on our game page, or over on itch.io here. There are also links to articles here on our press page. In other amazing news that I totally missed last year, PC Gamer included InfiniQuest in its list of Top 100 free games here. Ridiculous.

Anyway, it’s a game I’m proud of creating, but it was a bit of an experiment and didn’t really get anywhere near what I wanted it to be. So with that in mind I came up with a plan to make it into something much better, and that is what I’m mainly working on now.

Firstly the graphics, last time they were last minute and very functional, it definitely felt like a browser game. I want the new version to be a full downloadable game, so it needs professional graphics worthy of that. Luckily James has stepped up and done some great work on characters and buildings. The aim is to have over 500 different randomly generated things to encounter, each with a unique sprite to represent it. That is an insane target, but one I’m committed to. Here’s a sample of what we’ve got so far:

I am also in the process of overhauling the gameplay; I still want a lot of random generation, but the interactions themselves really need to make sense. So for example if you try to open a door, the outcome should be to either succeed or fail at that task (hopefully with hilarious consequences). If you attack something hostile, then combat should be the most likely outcome. If you pick something up, then you should then have that thing in your inventory. It all sounds pretty basic, but the original just did things completely at random with no real logic.

Here's a list of other features that are in progress:

At the moment I’m working on gameplay logic and a better inventory system, while James continues to create awesome graphics. I think it will take quite a few months, but eventually this could turn into something pretty cool. Here’s a title screen for you to enjoy, thanks for reading! 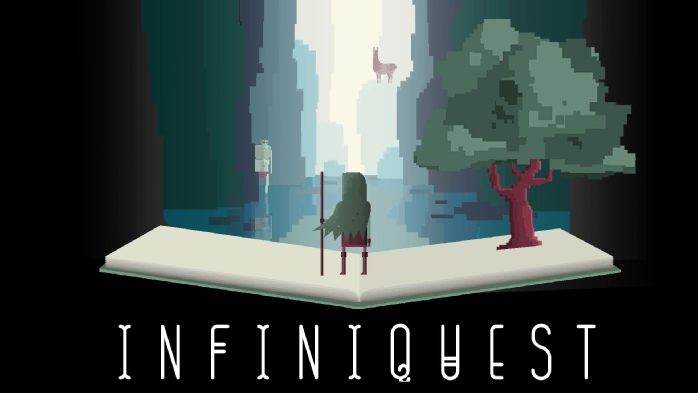