We have finished another Ludum Dare earlier this month, and we've released our latest jam game Cherry Creek.  It's small puzzle game about lining up river tiles and making trees grow.  We've tried to go back to our traditional chilled out atmosphere with this one, but kept it to a fairly simple pixel style. 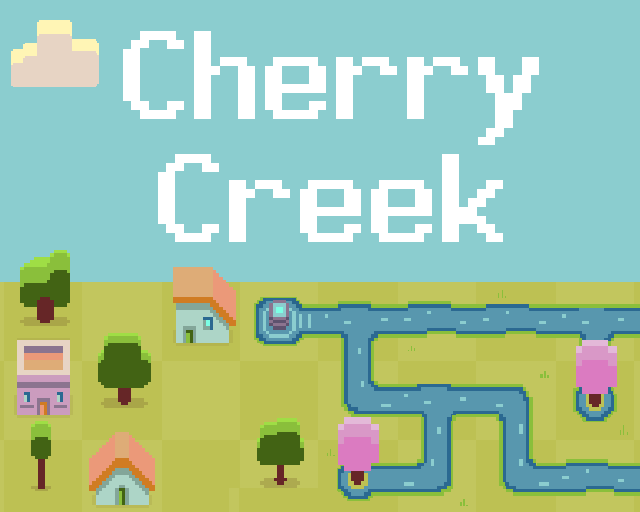 It's based on a number of older tile-turning pipe games that I've always enjoyed, the idea was to implement a solid interpretation of the game mechanics, but update the look and atmosphere a bit.  Those games always tended to be very industrial in their presentation, so we wanted to use nature instead.

It was not the smoothest game jam, as I spent most of the first day writing a game about herding cats.  After aobut  hours it was obvious that what I had wasn't really a game, and in fact wasn't even a good herding simulation.  So I abandoned that, told James to throw and drawing cats into the bin, and started again.

Luckily it worked out, and I'm actually really happy with result.  Being forced to keep it simple really helped.  Not sure how much we stuck to the theme of "The More You Have the Worse it Gets" though - the idea was that the more tiles on a grid, the harder the game is.  So technically it works as a theme interpretation, but not our most innovative.

You can check out the Ludum Dare page HERE.