The theme was running out of space, and in yet another loose interpretation I chose an escape from a dying planet overrun by flooding.  The idea was that each day the water level would rise, and you are running out of space on land.  You have to fix up an old spaceship and get off the planet before all the land is gone and you drown.

I was going to be doing this one on my own again, but at the last minute I managed to persuade my friend Paul to join in.  Paul is an accomplished artist, but has never done any game or pixel art before, and he hasn't done a game jam either.  Like the terrible friend that I am, I perhaps wasn't completely honest about the stressful nature of having a developer screaming unreasonable demands at you for 2 days straight.  Perhaps my favourite moment was when he suggested he wanted to draw every individual building in the game differently, with each one telling an intricate back story for a long-past inhabitant. Of course game jam reality stepped on his dreams within minutes, and he created one building that I proceeded to copy and paste without shame.  Despite the very steep learning curve Paul managed to create some nice bits of scenery a cool main character, and I was happy with the overall look of the game. 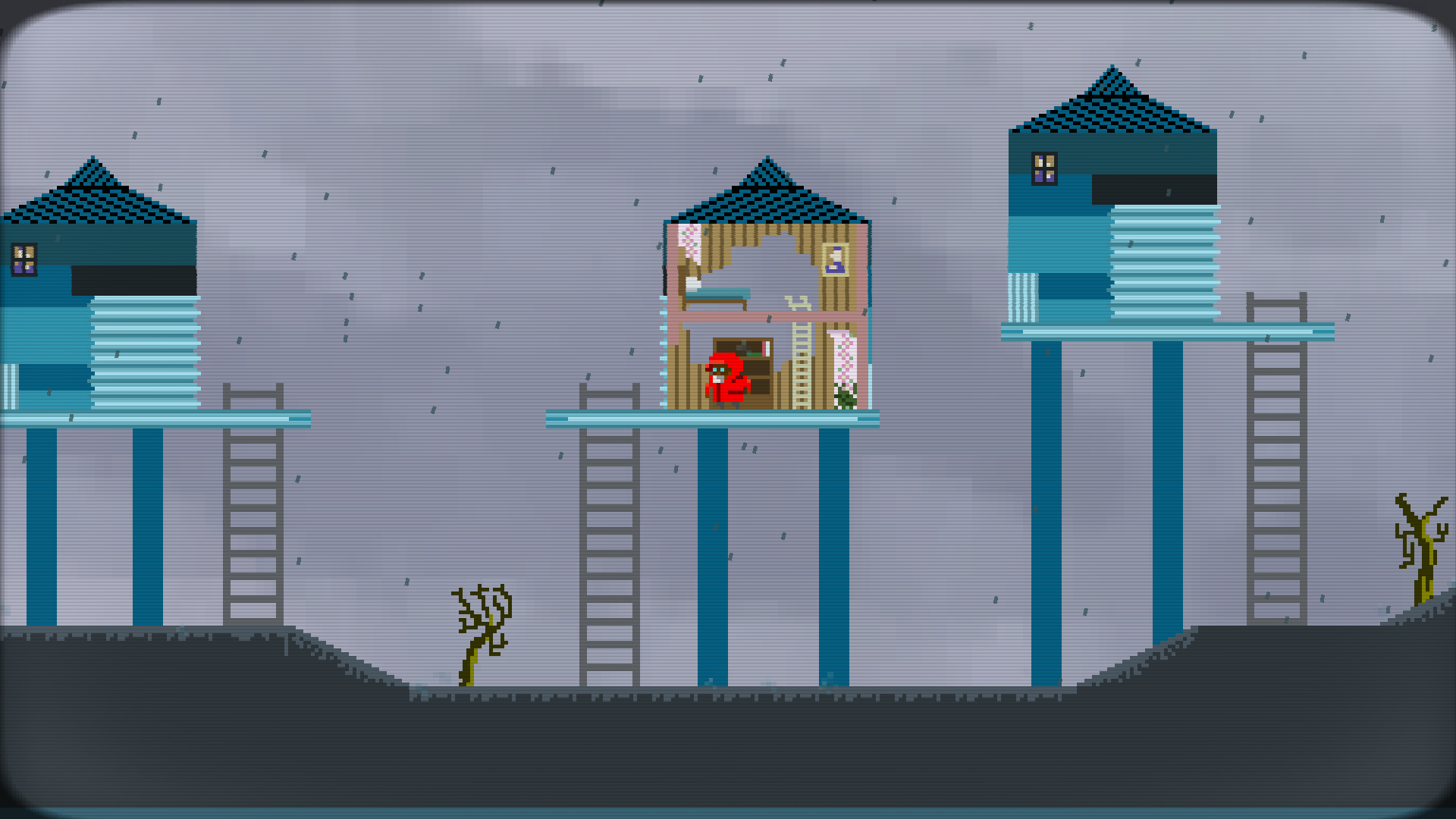 As usual I had great fun doing the music, especially as I got to create the sort of long synth drones that I love listening to outside of games.  I actually just closed my eyes and did it all by feel, did the three tracks in one take each and banged them in the game.  It's obviously very rough around the edges, but time was a factor and I think I got away with it.  I added a rainfall sound effect to match the in-game weather, and the overall effect was just what I wanted.

You can play the game HERE, and check out the Ludum Dare competition page HERE